Children of the Night

If you have read through the somewhat lengthy blurb on our website, you will have noted that we never discuss famous clients or indeed anyone, as business in or outside of the shop is private.

What is said within the four walls of Rhodes-Wood, or your home or office, stays there.

As for being famous, I’m a ‘tad rubbish’ at recognising celebrity folk anyway, so they are safe and the conversation is kept to their wardrobe needs and general conversation.

It’s only when they have left that one of my colleagues or another client with a raised eyebrow might say…that was…?

It’s just as well really because, whilst I’m not shy within the shop, I suffer from shyness outside of it, not always but sometimes.

This is sometimes a problem, as it can stifle my personality (sometimes a good thing) or hold me back and stop me from joining in and enjoying myself.

Equally when I have met someone famous whom I vaguely know or actually recognise, I can be tongue tied and almost over formal.

I’ve never really liked football, so if any footballers out there are thinking of becoming clients… no offence you’re safe I won’t have a clue who you are, and won’t be mentioning that amazing header in the back of the net, or the penalty you missed! 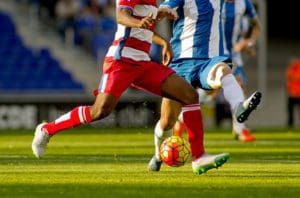 In fact I distinctly remember asking a smart young chap…”What do you do Sir?”…
“Er… I’m a footballer”… looking a little surprised

“Oh , who do you play for Sir” I enquired

His smile broke into a laugh, when I said “oh wow League Division One then!.. Wow”

After he’d stopped laughing he brought me up to speed, to say there is a league called the Premier League!… He did also comment, that it was a change not to be recognised and to be able to talk about clothes etc.

On another occasion my partner Jools and I had been invited to spend the weekend at The Dorchester in London to celebrate a long-standing clients birthday, which I have to say was a wonderful experience. We enjoyed a huge suite that probably cost more for a weekend than we would spend on a weeks holiday… with a dinner of so many courses in The Private Dining Room, that was equally spectacular.

I’m somewhat overwhelmed by generosity at times, and we felt so honoured to be included .

Dressed and ready to go down for dinner we admired the architecture on the grand landings  as we waited for the lift… ”you don’t see this at Butlins”... I remarked, not that I’ve ever been there.

The gentleman and his family, just behind us asked if it would be alright if they joined us in the lift, COVID was still very much prominent.

“Yes of course” I said…”we’ve both been jabbed”

He was a striking chap with an aura about him, a presence ….I couldn’t quite ‘fathom’…why should I, it was just a bloke in a grey cashmere tracksuit, and his family.

“So are you heading out for dinner this evening“ he said

“I bloody hope so, I haven’t been fed yet” I said smiling

He smiled, we exchanged pleasantries and wished each other to enjoy a good evening. 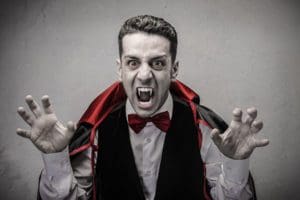 One of my favourite stories is Bram Stokers Dracula, I love that it was written in Whitby, whilst Bram Stoker lodged there. I love the 1970’s Christopher Lee films and other versions too… but my absolute favourite is Francis Ford Coppola’s Dracula, staring non other than Gary Oldham, it’s a masterpiece and I’ve lost count of how many times I’ve seen it… it’s one of my favourite films of all time…

”Children of the night….’vwot’ sweet music they make”

When we got out of the lift, Jools said to me… you know who that was don’t you ?

“Er no..why?….funny that he had a strong presence ‘… felt like I kind of knew him… nice chap… anyway”

“It was Gary Oldman… Dracula … one of your favourites films?”

Well there you are, you’re safe if you are a celebrity… and I don’t clam up and get tongue tied and can enjoy a conversation with you… I’m kind of gutted though I didn’t know at the time . 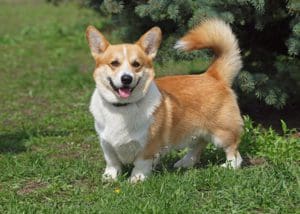 I believe Her Majesty The Queen, once said… ”The most wonderful thing about dogs is….they don’t know I’m The Queen”

Speaking of Her Majesty, I remember being about 6 years of age, sellotaping my hand drawn Union Jack to my school ruler, along with my classmates under the teachers supervision, and being escorted, not just as a class but as a whole school to the main road in Huddersfield to line the pavement to await the Royal procession.

Slowly and surely the procession reached us, where hundreds of screaming, cheering children waving school made union jacks, burst into a heightened frenzy of cheering and flag waving excitement.

I clearly remember the beautiful Royal Car, with its huge glass windows, allowing a very clear view of Her Majesty, smiling and waving at us all.

I remember my father buying my brother and I, various commemorative coins, to mark The Silver Jubilee and the nationwide celebrations to mark 25 years reign .

Of course we’ve also seen the Golden and Diamond jubilee celebrations and I look forward to celebrating 70 years of Her Majesty’s reign later this year, with an extra bank holiday and I hope a state occasion like only ‘The British’ can do.

I love to see the attention to detail… from the gleaming Royal automobile to the impeccable uniforms of The Guards and various regiments and services.

Of course I love to see Her Majesty herself and I remain inspired by her, despite and throughout the ‘ups and downs’ of… ’family life’.

I aim to have a Union Jack, and God willing, to celebrate the Platinum Jubilee, marking 70 years of Her Majesty’s impeccable reign. 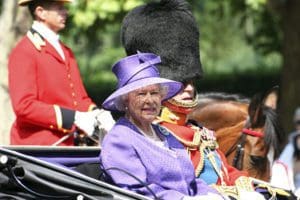 Whilst I believe that we serve the Queen and I remember signing a military/government document, to promise to do so… I believe that she has served us too, and led by a faultless example.THANK YOU!.. Your Majesty.

“Now, where’s my sellotape and crayons?”