SLOW PLEASURES IN A HECTIC WORLD – Guest blog by STIG 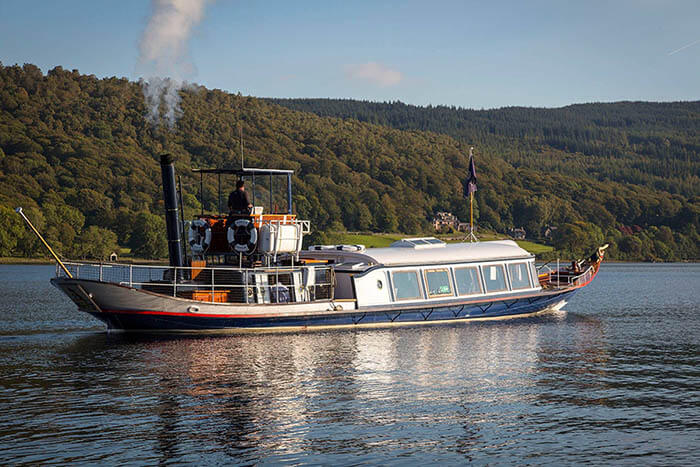 Change today happens so fast and on such scale that it can play tricks on the mind. There is no better example of this than the ubiquity of social media. Such has been their explosive growth and all-pervasive influence on every aspect of life that the temptation is to think they have been around much longer than they have.
Just a few simple statistics give the lie to that:-
On a slightly different, but related, tack, Google, which launched in 1998, now handles  63,000 searches every second of every single day, an astonishing 2 trillion a year!
Depending on your point of view, these numbers are either evidence of man’s ability to develop life-enhancing technologies or the instigators of the curse of our ‘always-on’ modern life!!
In truth, of course, the reality is that we have all come to depend on one or other of these platforms to conduct our personal and professional lives and there have been some huge benefits.
However, a few experiences on recent travels have evidenced the value of products and services developed, not over a few years but over generations, creating legacies of  true provenance and stories based on skills, knowledge and commitment handed on down the years.That such enterprises still exist and indeed thrive today is testimony to that innate desire we all share to be touched by something real and genuine and as far from the mass-produced as can be.
In today’s throw-away society there is real joy and pleasure in encountering these stories, especially when they are least expected.

A good read
On a two day stay in Bath, walking back to our hotel in the early evening, I stumbled on Topping & Company, surely one of the most beautiful and independent book shops anywhere in the country. In the gathering dusk, the warm interior lights still shining gone seven pm, were an irresistible temptation to step inside. It was not a disappointment. Rolling library ladders, oak flooring, handmade wooden bookcases, charming and knowledgable staff offering complimentary tea or a cafetiere of coffee made it easy to forget the outside world. And with 57,000 titles in stock, spending an hour or so just browsing and soaking up the atmosphere was  something with which Amazon, with all its ‘buy-it-now, have-it-now’ technological wizardry, just can’t compete. 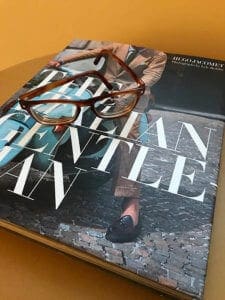 The Italian Gentleman
Browsing the ‘Fashion and Style’ section of Topping  & Company, I came across the sumptuous, ‘coffee-table’ tome, ‘The Italian Gentleman’ by the French menswear writer Hugo Jacomet, illustrated with evocative and atmospheric images by photographer Lyle Roblin. For anyone interested in the history and traditions of Italian tailoring, style and associated artisan craftsmanship, it is an unmissible read.
The project consumed three years of Jacomet’s life. He forsook the global behemoths of Italian fashion – Armani, Versace, Dolce & Gabbana – and instead sought to tell the story of that country’s inimitable style through the family ‘houses’ of Naples, Rome and Milan. The result is a fascinating collection of portraits in words and pictures of the storied makers of cloth, suits, shoes, gloves, ties and umbrellas. All have a lineage stretching back over generations and a shared belief in the value of tradition and unsurpassed skills in a consumerist world. 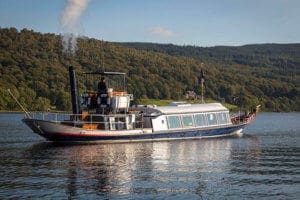 Steam Yacht Gondola
A little more than 250 miles from Bath but a world way from Italian tailoring, lies another example of fine craftsmanship still drawing admiration in a technological age. The Steam Yacht Gondola was originally built in 1859 by the Furness Railway Company as an attraction for wealthy Victorian tourists they brought by train to Coniston. It was a masterpiece of  velvet buttoned upholstery, gleaming brasswork and  polished wood.
The SY Gondola was retired in 1936, turned into a houseboat but then abandoned, half submerged in the reed beds of Coniston Water, in the 1960’s.  A decade later, a group of National Trust enthusiasts raised enough money to fund her restoration with the work carried out by apprentices at the Barrow ship yard which builds Britain’s nuclear submarines. She was  triumphantly relaunched in 1980 and now voyages around the lake from March to October pleasing thousands of annual passengers
The restoration is a reminder of life travelled at a slower pace in opulent surroundings and of engineering excellence through the ages. 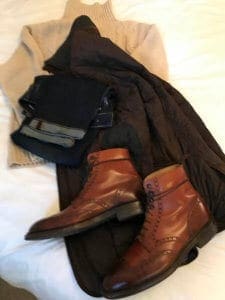 The season of ‘mists and mellow fruitfulness’
Even after visiting the Lake District for more than 30 years, there are mornings which still conspire to take your breath away, when Windermere is mirror calm and shrouded in a slowly rising mist so that the yachts bob ghostly at anchor. And then, within the hour, the sky is cornflower blue and a piercing sun belies the season.
No better time to pull on jeans, a pair of Skye boots from Crockett and Jones, a chunky cable knit sweater and quilted jacket‘ – all by and for Rhodes-Wood, another example of a shopping emporium, based in traditional values with enduring style!!