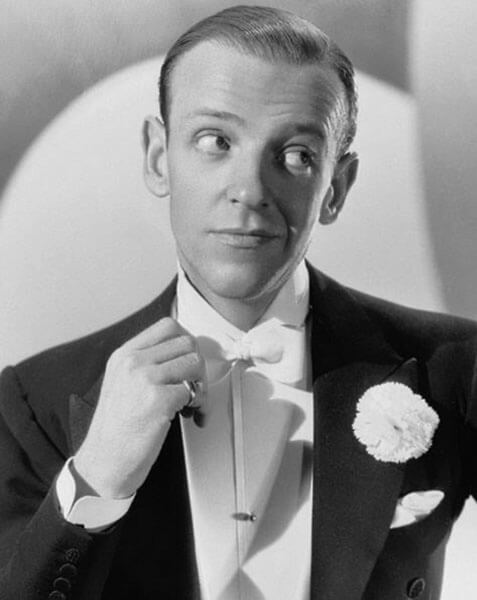 In an era where the ubiquity of social media can give the most minor of celebrities the patina of fame and today’s latest fad becomes outdated almost overnight, it is worth reflecting on the true meaning of character and personality.

It is an old, but nonetheless true, adage that ‘fashion may go out of style, but style never goes out of fashion.’ True style is about much more than what an individual may wear; expensive clothes alone are merely a consequence of the scale of disposable income. They can make the wearer ‘fashionable’ but not automatically ‘stylish.’ Rather style is about the essence of character, how an individual carry’s themselves in the world, the impact of their presence and, importantly, the way they treat others. In short, an innate way of ‘being.’

For many years in a previous ‘life’ I had the privilege of meeting and interviewing many famous people, celebrities from the worlds of film, television, music, politics, religion, business and even royalty.

They do say that you should never meet your heroes as you will inevitably be disappointed. Behind their public persona so many famous people are less likeable than the image they portray. Yet there are those who not only match but exceed expectations and leave you feeling the better for having encountered them.

So, in no particular order, as they say about the public voting on ‘Strictly Come Dancing,’ here are some of the individuals who have left me with positive memories. In one way or another, they have all displayed, ‘Style and Presence, Grace and Good Manners.’ 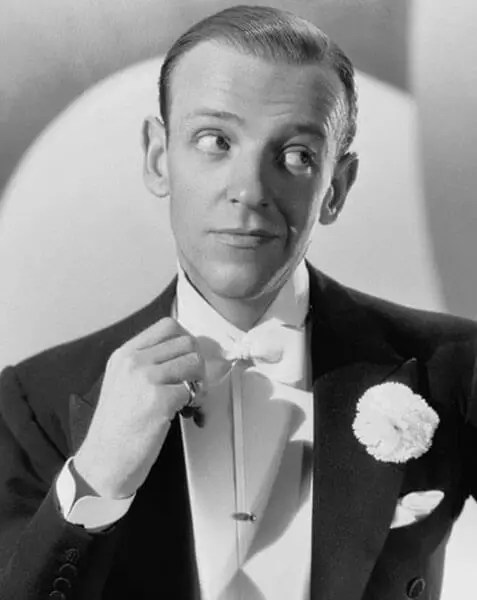 Fred Astaire – the eternally debonnaire Hollywood star was visiting his sister and former dance partner, Adele at Lismore Castle in County Waterford, Ireland where she spent several months a year as part of her legacy as the widow of Lord Charles Cavendish, the second son of the 9th Duke of Devonshire, owners of the estate.

As Fred glided through the grounds – I swear his feet didn’t actually touch the grass – as I interviewed him and a photographer snapped away, out of a nearby copse came a rolling, mewling  mass of children and dogs. ‘Whose are those?’ asked Fred.

‘They’re ours, I’m afraid,’ the photographer and I confessed, expecting the interview to be terminated there and then and for us to be summarily dismissed.

‘Then, they must come to the castle for tea,’ said Fred. Whereupon he and his sister took us all, dogs included, inside and served tea, soft drinks, cakes and biscuits.

Fred Astaire – not just the man you hoped he’d be, but so much more and evidence to why he remains an icon of style to this day. 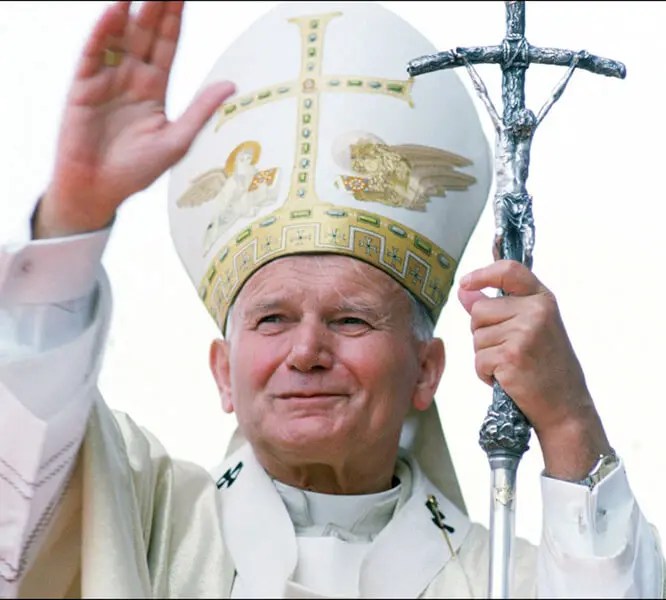 Pope John Paul II – soon after being elected as head of the worldwide Catholic church, the new ‘Polish Pope’ embarked on the first of his soon-to-be-familiar programme of pilgrimages and became the first Pontiff to visit Ireland. One of his objectives was to encourage peace in the terrorist violence plaguing the country. Over the three days of his visit, more than 2.5 million people attended events around the country – including one million in Phoenix Park, Dublin alone, – out of a national population of three million.

As part of the media assigned to cover the pilgrimage, I was among the entourage allowed in close proximity to the Pope. As he settled into the convent that was to be his temporary home, he turned to address the assembled journalists and beamed a blessing on those whose job it was to dog his every step.

Never intently religious, it was impossible not to be deeply touched by the sheer presence, force of personality and the innate goodness of the man who was canonised in 2014. 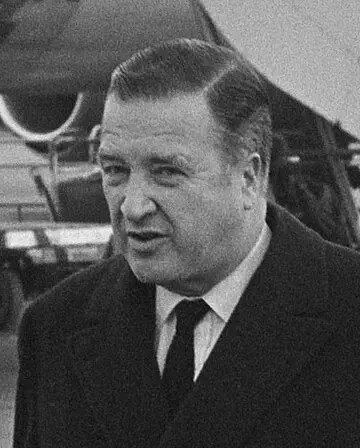 Henry Ford II – At the time I met him, Ford in the UK was on strike and the Government was afraid that the company was about to breach strict pay controls to break the deadlock with the unions. Ford was then CEO of the company founded by his grandfather.

Ford, his wife and a group of friends, were game shooting at Helmsley, North Yorkshire and I was under orders to secure an interview. I found the party on the moors and cornering Ford in between drives, I approached for an interview, half expecting a blast of American invective.

Nothing of the sort. This imposing man could not have been more charming or polite. He asked if I would allow him to enjoy the rest of the day’s shooting and he would meet me later in the Black Swan in the town square and would be happy to talk.

In some doubt that the interview would take place, I headed back to the hotel and waited nervously by the open fire in the sitting room. A couple of hours later, as good as his word, Mr. Ford ambled over, smiled and said ‘Now, what was it you wanted to talk about’ – as if he didn’t know. 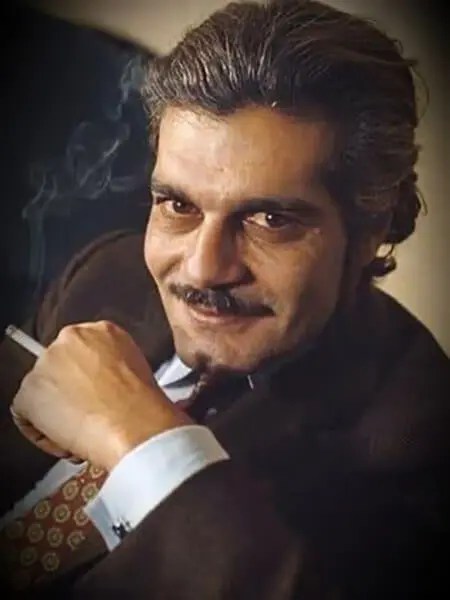 Omar Sharif – at the time Omar Sharif was one of the biggest film stars in the world as a result of his mesmerising roles in David Lean’s epic ‘Lawrence of Arabia’ and ‘Dr Zhivago.’  An Egyptian of smouldering good looks he epitomised elegance and poise but later quit acting to pursue a ill-fated career around the casinos and gambling tables of Europe. He famously gave up the roulette tables though after losing £750,000 in one night but went on to be an acclaimed bridge master.

It was this passion for gambling that brought him to the St.Leger classic in Doncaster where racegoers did frequent double-takes as he moved among them, smiling and responding amiably to questions.

He displayed the ‘grace and good manners’ that are often absent from so called ‘celebrities’ today. 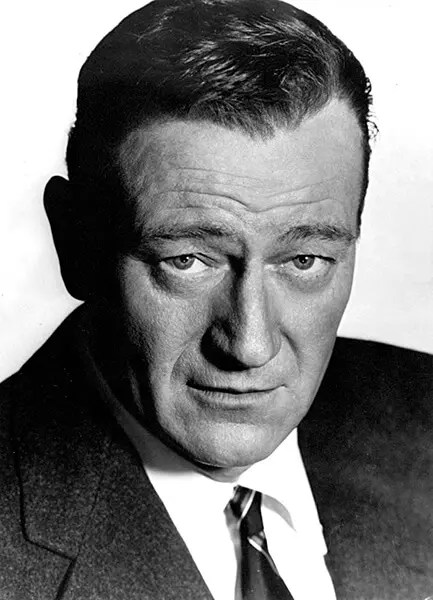 John Wayne – the actor, whose real name was Marion Robert Morrison, is still spoken of as an icon of masculinity even in a society that is much changed from that which existed when he became one of the biggest movie stars in the world and a leading member of Hollywood ‘royalty.’

He was a man who valued his privacy and had a reputation for not suffering fools gladly. We were dining at adjoining tables in a hotel on Dublin’s O’Connell Street. Wayne, who was with a companion, was taking a break from filming in London and was clearly on a private visit. We engaged in the kind of polite conversation about nothing much in particular that people undertake when they are thrown together by chance. He had no idea who I was but he knew that everyone he ever met knew full well who he was.

After a few moments, half a dozen young faces appeared around the door of the dining room. ‘Hey, John Wayne, where’s your horse?’ they chorused. Wayne gave the boys the cold-eyed stare familiar from scores of cowboy movies but then broke into a wide smile replied,” Why boys, he’s tied up in the stable at the back.’

He had just made their day!!